Fifteen years of releasing music is a milestone for any artist; but through his career, Tim has established himself as a truly talented and chameleonic producer, creating emotive, genre-spanning cuts on labels like All Day I Dream, Anjunadeep, Cocoon Recordings (his acclaimed debut LP ‘Her Future Ghost’). He’s also remixed Friendly Fires, Paul McCartney, Cassius, Booka Shade, further underlining his abilities as a multi-faceted producer, whilst still amassing millions of streams on Spotify/DSPs, plus securing the top spot in Beatport’s Organic House category; from artists and tastemakers, to the mainstream, Tim’s success continues to grow. And now, Tim Green’s special 8-track compilation album ‘In New Light’ on his brand new label ‘For A Memory’, celebrates his 15 years of releases. Nine artist friends and contemporaries remix their favourite tracks from Tim’s back catalogue. The result is a rich and lively diversity, both within the LP and compared to the originals.

Tim Green’s album ‘In New Light’ is out now on his new imprint For a Memory, get it here: https://orcd.co/innewlight

Otto ‘Bob’ (Edu K Remix). The chords in this track are just so uplifting, it’s a real chill track and you just instantly feel like the sun’s hitting you when you hear this song. This is the first track that came to mind.

Breakfast is my favourite meal really but I usually fast as it makes me feel so much better. My wife is French so if I do have breakfast, I’d like a proper French croissant. I’m such a snob now when it comes to croissant, I wont eat it unless it comes from France which is so bad, but when you’ve had a proper one from a really good bakery in France there’s no going back!

The most unusual thing you have ever eaten

Japan curdled beans. They smell disgusting, but its really good for your gut.

The dish that reminds you of your childhood

My mum’s spaghetti bolognaise for sure

Your favourite restaurants in Ibiza…

Sa Capella in the hills that make their own hierbas, that one’s awesome!

It’s been a while since I got to spend much time there, but I used to be over there a lot and would go for meals with Sven who has impeccable taste, so he’d always be making the decisions where to go. Other favourites – Can Curreu…

Mildreds in Camden London – Super great vegan restaurant where I used to live. Great varied menu, it’s the place I usually go to with non-vegan friends, as they always end up loving it!

Paradise in Hampstead London – One of my favourite Indian Restaurants in the UK. I think I might have been to this restaurant more than any other! 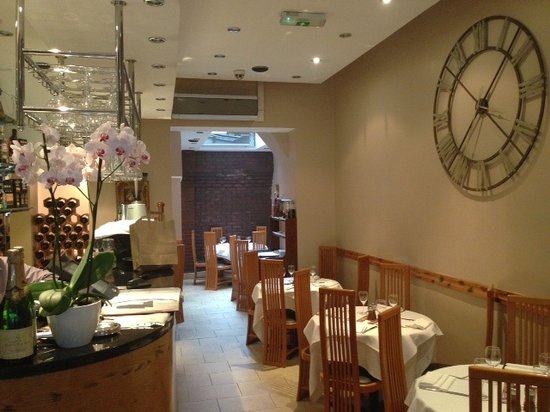 Tickets in Barcelona – A incredible tapas bar with a twist! All molecular food from the amazing chef Albert Adrià. Former pastry Chef from El Bulli.

Burma Love – San Fransisco – The tea leaf salad, plus the platha & dip (vegetarian) is a must try here. Extremely moreish and again quite different. Love this restaurant and always try to go there when I visit SF.

I don’t think any DJ’s ever cooked for me before – have to remedy that this year!

I don’t really have anything guilty pleasure, I just enjoy it! I’m quite consistent and healthy so when I do go in on something I just think; I’ve earned this;. Now I’m vegan there’s so much dirty food, fried food, burgers etc, it’s great fun. I’d probably say a dirty burger, they are just so good now, and you don’t even need fake meat, maybe even with portobello mushroom in breadcrumbs..

It’s like a take on Eggs Benedict but with roasted pepper and cooked tofu, then I do a hollandaise on top. The vegan hollandaise is just cashews, water, mustard, lemon juice, turmeric and a tiny bit of vegan Worcester sauce for a slight kick.

Nigella Lawson, she’s awesome, I’d say let’s skip the other meals and just do desserts instead cause her dessert recipes are incredible

A dish you have yet to master

Hmm I wouldn’t say there is one, I don’t really like to do over the top complicated cooking, I think you can make better food by keeping it simple.

You get in from the club pissed, dive in the fridge and usually come out with…

Oh god people are going to think I’m so weird, but it would actually be some amazing vegan yoghurt or something!

A track that always reminds you of Ibiza

There’s this track I used to play all the time in Ibiza, especially at Carl Cox’s night when I was a resident there. But I have so little information on it. It’s just called SE Love (vox), by the artist SE Love. I’m not sure who it is. But it always makes me think of Ibiza!

The best paella on the island

As a vegan I don’t usually get paella really so can’t answer this one!

The best sunset spot for a cold drink

I’d say up North on one of the more secluded beaches.

If I’m able to fit it in, I’d go to the quieter parts of the island too. The beaches are insanely beautiful. Special moments outside the club in the quiet spots…